Everyone at our practice is committed to providing you with the very best in pet healthcare. Our veterinary team bring a wealth of experience to the practice and have individually obtained high standards of professional qualification. 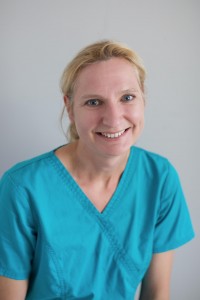 Gill qualified from the Royal Veterinary College BVetMed MRCVS in 1997, she worked in general practice and did some emergency work before opening Windlesham Village Vets in 2008 with Peter.

Gill enjoys internal medicine and soft tissue surgery and she has an interest in treating rabbits. She uses her skills to help in rescue centres abroad during her holidays and supports the local wildlife rescue charity.

In her spare time she likes to ride her horses, run and garden. 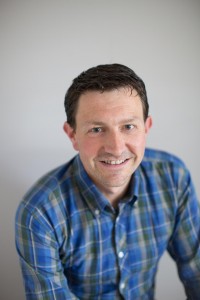 Peter qualified from the Royal Veterinary College BvetMed MRCVS in 1997. After qualifying Peter worked in various practices around the UK before working as an emergency vet for 3 years, then opening Windlesham Village Vets with Gill in 2008. 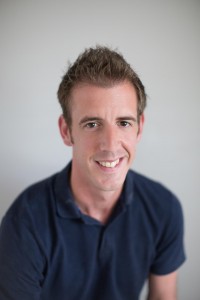 Richard qualified in 2005 with a Bsc BvetMed MRCVS, after qualifying he travelled in Australia and worked as a locum before returning to practice in the UK.

In his spare time he likes to watch and play various sports. 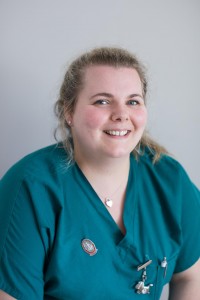 Georgie qualified from the RVC in 2015 with a BSc in Veterinary Nursing. She went on to work in an orthopaedic referral practice before joining us in 2017.

In her spare time Georgie likes to walk her dog Maisie and care for her horses. 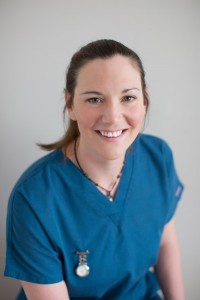 Sian qualified in 2010 with a diploma in Veterinary Nursing. Since qualifying she locumed and volunteered abroad for animal neutering charities in Thailand and Sri Lanka.

In her spare time she likes to ski, scuba dive, do yoga and walk her dog. 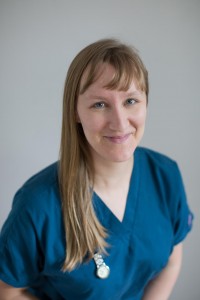 Lisa qualified in 2011 with a Diploma in Veterinary nursing, she also has a Bsc in animal behaviour from 2004. After qualifying Lisa worked in small animal practice and became a clinical coach training new nurses up to qualify.

In her spare time she likes to read and travel. 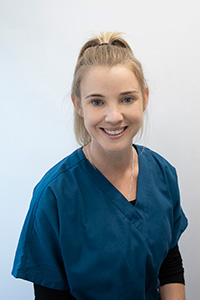 Sarah is a veterinary nurse who qualified in Australia in 2010. She worked at a small animal practice in Melbourne for the first 5 years of her career before moving to the UK in 2014 to work and travel, In the UK she worked in various veterinary hospitals and small animal practice all over London. After a brief stint back in Melbourne she is back and started working with us in November 2018. She also just recently completed her OSCEs to become a registered UK veterinary nurse with the RCVS.

In her spare time Sarah likes to go to the gym and socilaise with friends. She has a love of staffies and hopes to get her own very soon! 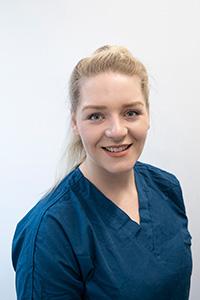 Amber Fielden
Veterinary Nurse
BSc RVN
After qualifying in 2015, Amber came to work at Windlesham as a locum nurse before travelling the world. After working in practice in Australia for a year and working as a senior nurse in a well established referral practice in Surrey for 3 years, she made the move back to Windlesham. She is passionate about ensuring that our feline patients have the most relaxed experience with us as possible and has two Burmese cats, Marble and Tweed. 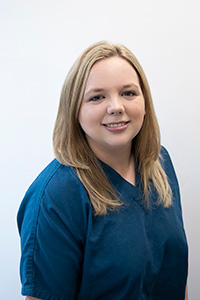 Tasha passed her first year of veterinary nursing in 2014 and is hopefully looking to finish the diploma in the near future. Following this, she has worked as an animal nursing assistant in a couple of practices.

In her spare time she enjoys walking her dogs, spending time with the rest of her animals and going away to new places. 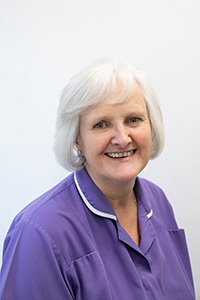 Shauna has worked in a few practices and offices providing administration and marketing help but office work had a lack of animals everyday! She works with us part time and does dog walking in the other part of her day.

In her spare time she enjoys spending time with all her animals and exploring different places and countries.

Out Of Hours Emergencies

Emergencies
We have arrangements in place to provide emergency care …

Our Team
Come and meet our friendly, professional and qualified team …